Is Spying Possible in Whatsapp?

A popular messaging app with over 2 billion global users as of February 2020, WhatsApp has gained the loyalty and trust of users worldwide. A user-friendly messaging application that worked over different operating systems, totally for free. What wasn’t there to like?

WhatsApp claims to offer end-to-end encryption for all its chats in the name of privacy. While not all of our work with secure data requires such encryption, data privacy is a concern to us all. But is WhatsApp as secure and private as they claim to be?

The Security of WhatsApp

Before breaking down whatever loopholes WhatsApp has, one needs to understand how WhatsApp’s security system works. WhatsApp offers end-to-end encryption with 256 bits. What does it actually mean for the messages one person sends another?

Having a 256-bit end-to-end encrypted message means that it is impossible to crack. Apart from having 256 bits as the key length, there are two keys equally long that need to be matched. Such a fortress would take four months for even a supercomputer to break.

WhatsApp’s security makes it impossible for cybercriminals to use any data obtained in transit between devices due to the heavy encryption used. Once this avenue is impossible to exploit, the only other way is by exploiting vulnerabilities on devices that use WhatsApp.

The easiest way to spy on your WhatsApp is by gaining physical access to your phone. If someone gets the phone where you use WhatsApp, it is easy to set up a WhatsApp web account on their device. This gives them instant access to all your chats. This method can be caught as easily as it is done.

Another way to gain access to your data is via a payload. Payloads are files that can be downloaded onto your device. They come in seemingly innocent files such

as videos, links, apps, or even an image.

Once such payloads enter your device, they begin their malicious work in various ways. Also known as Remote Access Trojans, they transmit different kinds of data which may include files in the device, the camera, live feeds of activity in your device, and certain cases, keyloggers. While they don’t give hackers direct access to your chats, they can see what is happening on your screen and what you’re typing. Hackers have the advantage of not being noticed when using this kind of spyware.

An example of a payload was the Israeli spyware Pegasus. It was used to spy on Indian politicians, journalists, and other people working in these circles.

You read it right. Law enforcement agencies have a workaround to get some of your WhatsApp data. They can request WhatsApp metadata of certain individuals for surveillance or investigation purposes. WhatsApp gives them metadata only for these requested individuals.

While the metadata might not contain any chats, it can be used to create an informative map of one person’s life. The metadata includes information like frequently contacted people, duration of WhatsApp calls, IP addresses, and whether these chats contain any media attachments among others. 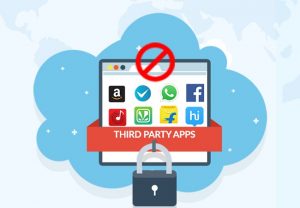 The Play Store and App Store are filled with a lot of apps that claim to give you a lot of features while in reality, they are malicious apps that can do a lot of damage to your device. One kind of those apps is those that offer to spy on WhatsApp chats.

Such apps contain malicious code that releases different kinds of malware not on just your phone, but your intended target’s phone as well. One should stay away from such apps with too good features to be true.

While government agencies might have their own reasons to spy on a person’s chats, individuals don’t really need to. Whatever is the reason, it can be talked out and one doesn’t need to resort to spying or such methods.

In the end, while WhatsApp is safe from any cybercriminals attempting to hack its servers and gain access to its messages due to its heavily encrypted usage, that doesn’t leave you safe from all kinds of snoopers. Since you’ve nothing to worry about in terms of WhatsApp’s security system faltering, you just need to make sure your device(s) where you WhatsApp stays equally safe to prevent anyone from snooping or spying around your chats.