Ethical hackers need to have a good mastery of different kinds of skills if they need to be at the top of their game. The skill sets required in each job vary from one to the other. Bug bounty hunters need to have deep knowledge of the working of web or mobile applications depending on which type they work with. Security analysts will need to have some knowledge of statistics coupled with cybersecurity.

While the differences are there between each career, the basics stay the same for all of them. Here are the top 5 skill sets needed by every kind of ethical hacker. Just like everyone thinks that hackers are experts at programming, programming is one of the prerequisites needed by every ethical hacker. But there is a slight difference in the stereotype that people have about hackers. Hackers don’t need to have an in and out knowledge of a single programming language. It is better to know the basics of all languages than exhausting yourselves with a single language. If you know multiple languages, it’ll help you work with multiple target devices and a versatile approach to your work. Sticking with a single language limits the vulnerabilities an ethical hacker can find. Whereas knowing the basics of multiple languages can allow you to grasp things further adding to your skills. That is also easier than starting a new language from scratch for each project that requires any language other than the one you’ve become an expert in.

In a world that has become extremely dependent on being connected, businesses need to be digitalised in one form or the other. Maintaining an isolated system. isn’t possible which means computers and other devices need to be connected to a network. This gives rise to a whole new set of vulnerabilities associated with the connected network. Having knowledge of how computer networks work helps hackers get into impenetrable systems. Understanding the usage of  DHCP, NAT and Subnetting among other types of networks allow a hacker to find out various weak points in the network and how to exploit them. In scenarios where there are no vulnerabilities in the target device, exploiting network vulnerabilities is the only way to get in sometimes.

Almost every project that an ethical hacker is involved with deals with servers in one way or the other. Most of these servers are run on the Linux operating

system. To find vulnerabilities and play around with the server to find vulnerabilities, an ethical hacker needs to have a good base in the working of Linux. Apart from having experience dabbling with the interface of Linux, ethical hackers need to have some experience working with the kernel and executing commands. There is no use if you can’t understand what’s happening in the server once you get inside the server.

Every company stores at least some sort of data in a database. While the type of data stored in each company might differ, the medium of storage remains the same. If a cybercriminal gains access to a database, the impact will be felt in a huge manner. An ethical hacker needs to know about the different types of Database Management Systems, DBMS in short. Since these are the tools used in creating databases, ethical hackers need to be well versed in these systems. Only then can the vulnerabilities in these databases be patched. Since the data stored by companies is one of the biggest targets of cybercriminals, it is a huge priority to ensure their safety. Ethical hackers need to ensure that they have enough knowledge of DBMS to ensure their career prospects in this competitive world.

Last but not the least, every ethical hacker needs to know the basics of computer knowledge. For what is a hacker who is supposed to break into someone else’s 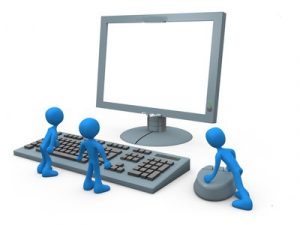 computer if he/she doesn’t know how to use a computer? Apart from knowing about the software running inside a computer, ethical hackers also need to know about the hardware that stays under the hood. While the knowledge of software might seem obvious, the knowledge of hardware and its layout in a computer can also come useful in certain situations. In scenarios where an ethical hacker gains access to the system, all the hardware knowledge will come in handy. In such situations, it’s easier to physically insert the malware than upload it onto the system by digital means. This can be done only with knowledge of the internal hardware layout.

Apart from obtaining all these skills, you need to practice them frequently. Knowing these but not using them often can make you go outdated. As the saying goes, “Practice makes a man perfect”.

Interested to learn more about the other skills required to become an ethical hacker? Follow our blog to keep yourself updated with the latest trends in cybersecurity.