A government’s biggest challenge is to protect their internal affairs and matters without being leaked. It may include their overall governmental procedures to citizen’s internal security. As per the technology is advancing, the government gathers different information and store it discreetly. But, internal security has become a question among the people from the incident that happened in the US.

As the world is facing the Covid-19 pandemic, the United States had to undergo a security breach, where a massive amount of data was hacked from various law enforcement agencies. Approximately 269 Gigabytes of internal law enforcement data which contain thousands of police records and private information were hacked and published on 19 June 2020. It was tagged as BlueLeaks and the source that issued these data was a transparency activist group called Distributed Denial of Secrets or (DDoSecrets).

How the data were hacked?

According to the report by KrebsOnSecurity, the data were leaked from Netsential a web services company used by several fusion centres and law enforcement agencies. Fusion centres are state-owned information gathering and analysis centres that often share threat-related information and coordinate them between different regional, local, and federal law enforcement divisions. The files that were leaked contained highly sensitive information from the period of 1996 till 2020.

What all information was leaked? 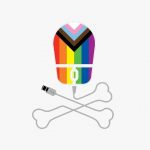 Information such as International bank account numbers, personally identifiable information, several financial data, and more than one million documents was leaked from law enforcement fusion centres. Some of the documents contain materials related to the COVID-19 pandemic. Police investigation cases, reports, and other information about several citizens were also revealed through these sources. It is examined that the main reason behind this breach was following the death and protests against the murder of George Floyd.

Read More About Cyber Crimes in the time of the Pandemic

Is this a threat to internal security?

As a large number of sensible information was leaked the security of the citizens, as well as the country, were at stake. The source DDoSecrets that published the data claimed that it was one of the hacktivist group who was responsible for the leakage of this sensitive information.

Due to the security breach that happened, Twitter banned the account of the publisher DDoSecrets and a federal investigation is still on process. This incident shows that the overall internal information of the country should be tightened and should provide multi-factor authentication so that it can be accessed only by authorized users.

Interested to learn more about the various cyber-attacks and mitigations? Join our  Cybersecurity Internship Program.

Is Spying Possible in Whatsapp?